I’ve always wanted to visit the Great Wall and the Forbidden City. As for Shanghai, ever since watching James Bond’s Skyfall, the fight scene silhouetted with the beautiful modern landscape, totally inspired me for a visit.

These tips were based on my personal experience and what locals have recommended:

Google and Facebook and its affiliated apps are blocked. I advise downloading a necessary VPN (more information here) and other social media apps.

Beijing food is salty and Shanghai food is mostly sweet. So prepare your taste buds accordingly. I was extremely bloated after the trip. It’s worth reading up on the different regional Chinese cuisines.

3. Prepare for the smog

China is very safe, but cities like Beijing can be polluted. So remember to bring a mask or your inhaler. We were fortunate to experience the Great Wall on a clear day (it rained the day before), however, on the third day, it was polluted and there were no views through the thick smog.

4. How to get WiFi at airports

Airports in Beijing and Shanghai do not offer free Wi-Fi unless you use their WeChat app or give them your phone number. If you don’t have the app, there are two options:

Stay at a hotel that is in the downtown or in the city center. Even though both Shanghai and Beijing have modern subway systems that connect the outskirts with the city centers, it’s easy to underestimate how long it takes to get around.

Explore and enjoy the hutongs, which are favorite areas of Beijing. Avoid the ‘Americanized’ bars and lounges, where they charge up to $20 USD for a cocktail.

7. Watch where you walk (and breath)

Some people, especially men, spit loudly and freely. So watch your step and cover your mouths.

8. Keep your politics to yourself

Be diplomatic with your conversations and avoid talking about politics, history, and religion with strangers openly.

Tip your tour guide 10-15%, but no need to tip the taxi drivers. And you can use Uber there.

Feel free to negotiate pricing at the markets! We saved big on some items by offering 25% of the asking price (and ended up paying around less than half of the original price).

I booked China Tour for its great deal of $799 per person which included airfare (from LAX) and 5 star accommodations. The price alone was worth it. However, like all great deals, there were hidden catches. Overall, it was not ideal. The tours consisted of 20-30 people with stops at commission-based stores. I am not a fan of large groups, especially at historical sites. A lot of waiting around and a lot of people congestion.

However, like all great deals, there were hidden catches. Overall, it was not ideal. The tours consisted of 20-30 people with stops at commission-based stores. I am not a fan of large groups, especially at historical sites. A lot of waiting around and a lot of people congestion.

Also, their 5-star hotels were far away from the city center. In Beijing, for example, it took us an hour to take the subway to the city center from our hotel. Thankfully, to avoid some of the above issues, we hired private guides and had a much better time. For me, it would have been worthwhile and money well spent to curate my own hotels and activities.

I greatly enjoyed the Old French Concession in Shanghai and would stay in that area next time. Beijing had a fabulous night market and I would love to experience that again. For more of my Beijing and Shanghai recommendations, please see my Foursquare lists here.

Do you have any tips or suggestions, please leave your comment(s) below. Thank you for reading and below are some visual highlights of the trip: 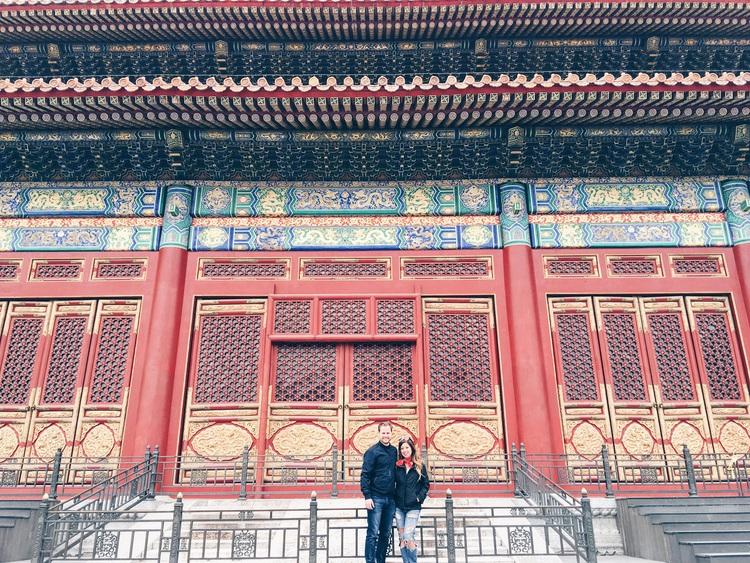 We started our Beijing visit at the famous Forbidden City. It was extremely crowded! Tip for avoiding the masses: visit the concubines’ quarters in the western part of the complex – it’s quieter and allows you to get a glimpse into what living in the palace was like. 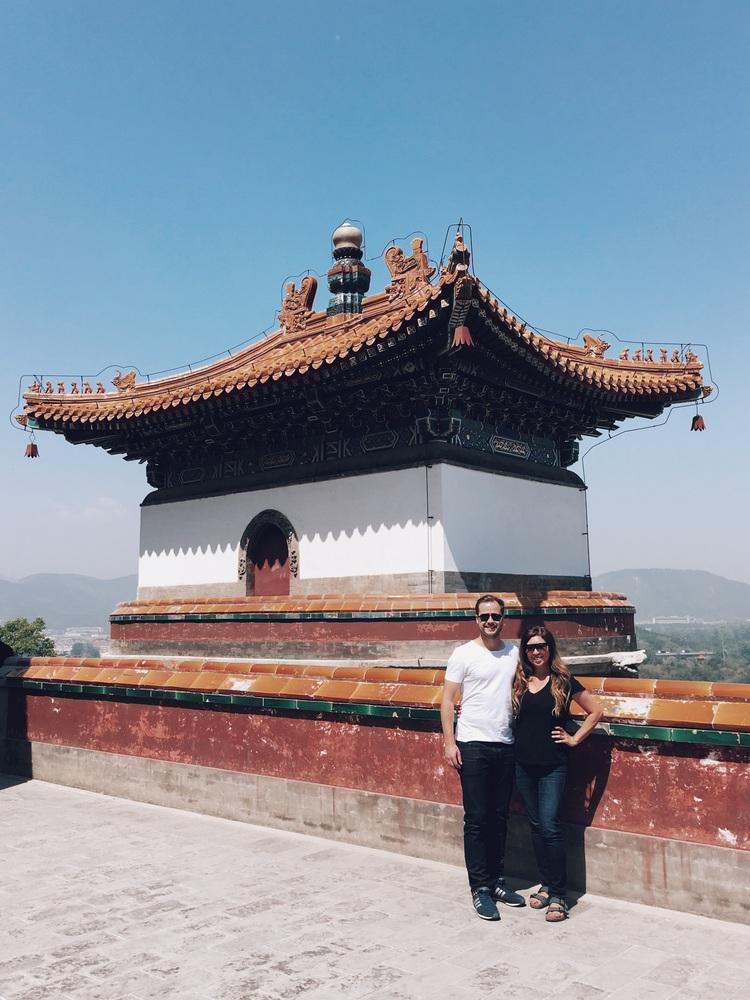 At the Buddha temple on Longevity Hill, which is part of the famous Summer Palace. 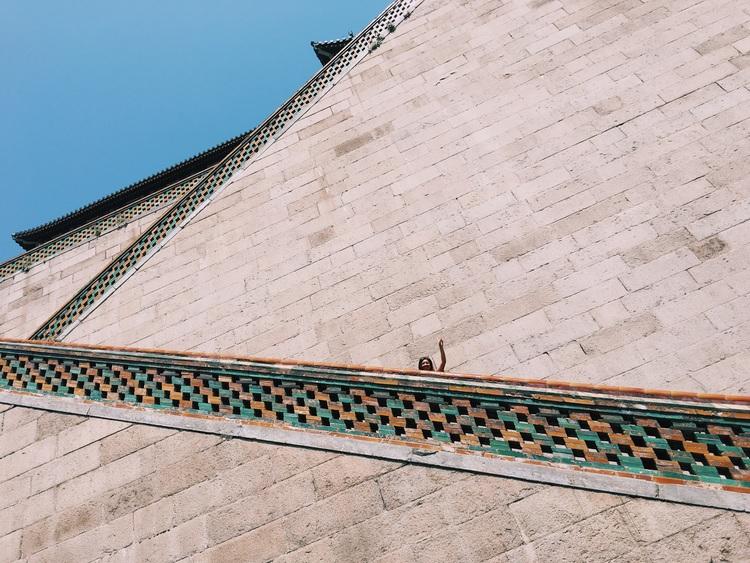 Climbing up Longevity Hill (coming from the ‘the Long Corridor’ within the Summer Palace. 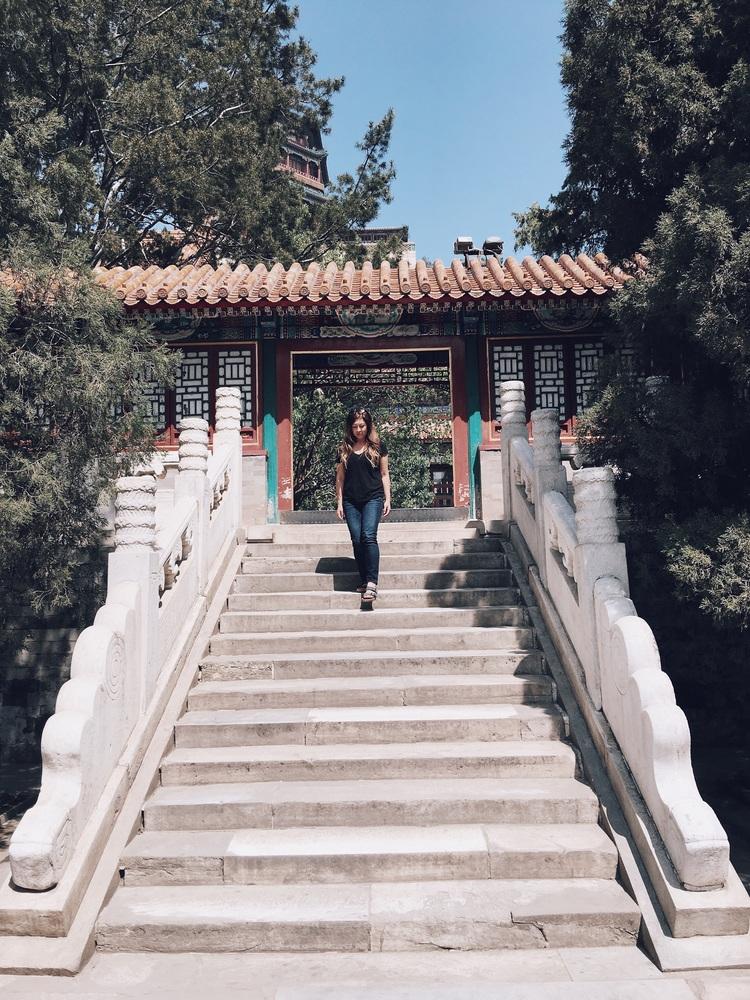 Just like in the Forbidden City, there are parts of the Summer Palace that are less crowded. 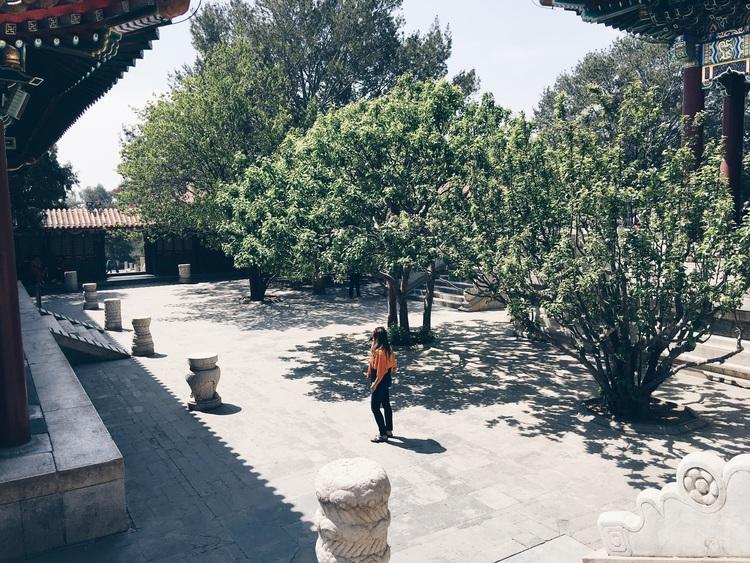 Exploring one of the many courtyards, near the East Gate of the Summer Palace. 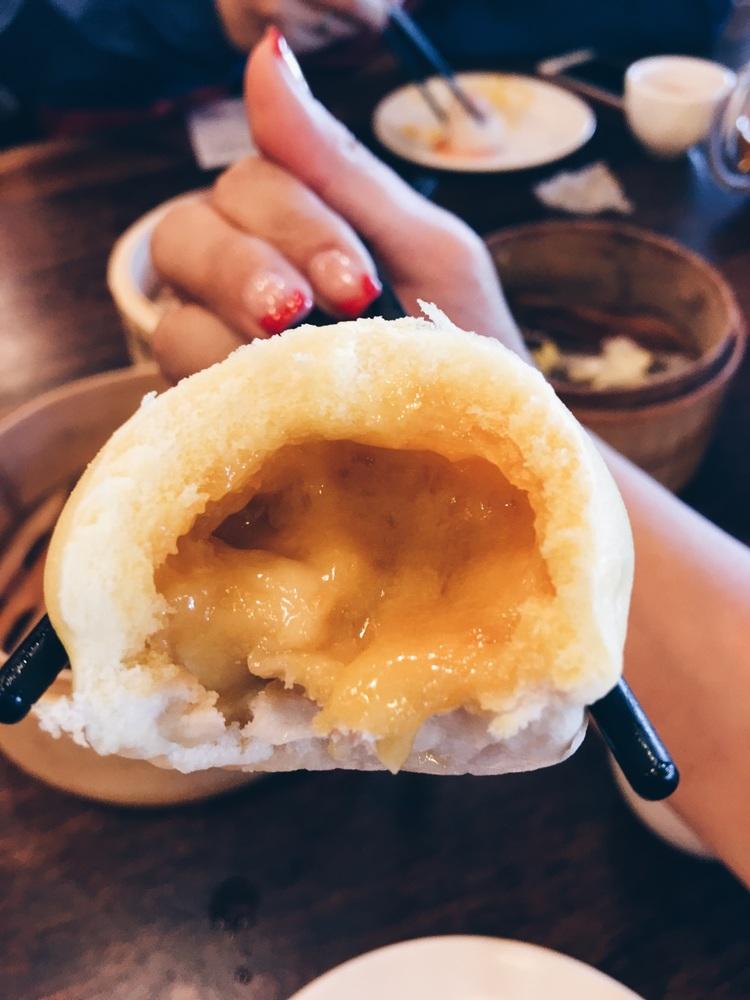 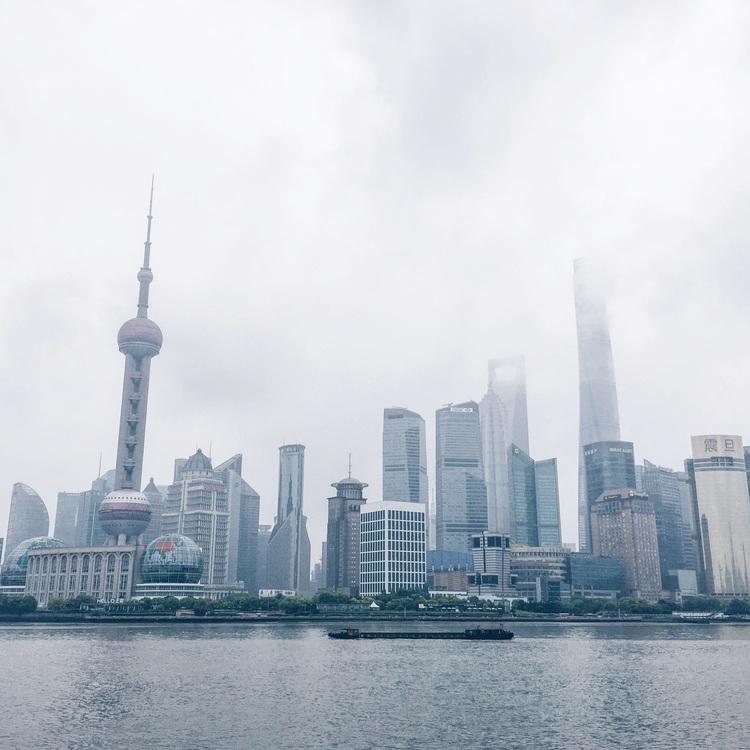 Standing on the famous Bund, overlooking the Huangpu river and the Pudong district. Unfortunately, it was raining during our stay. 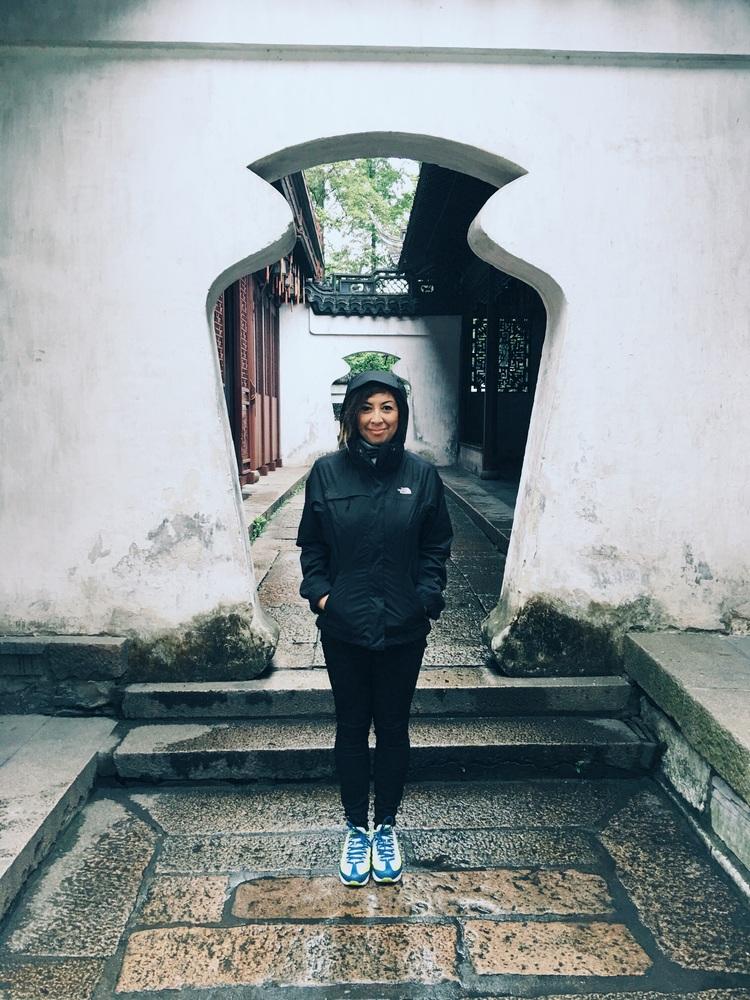 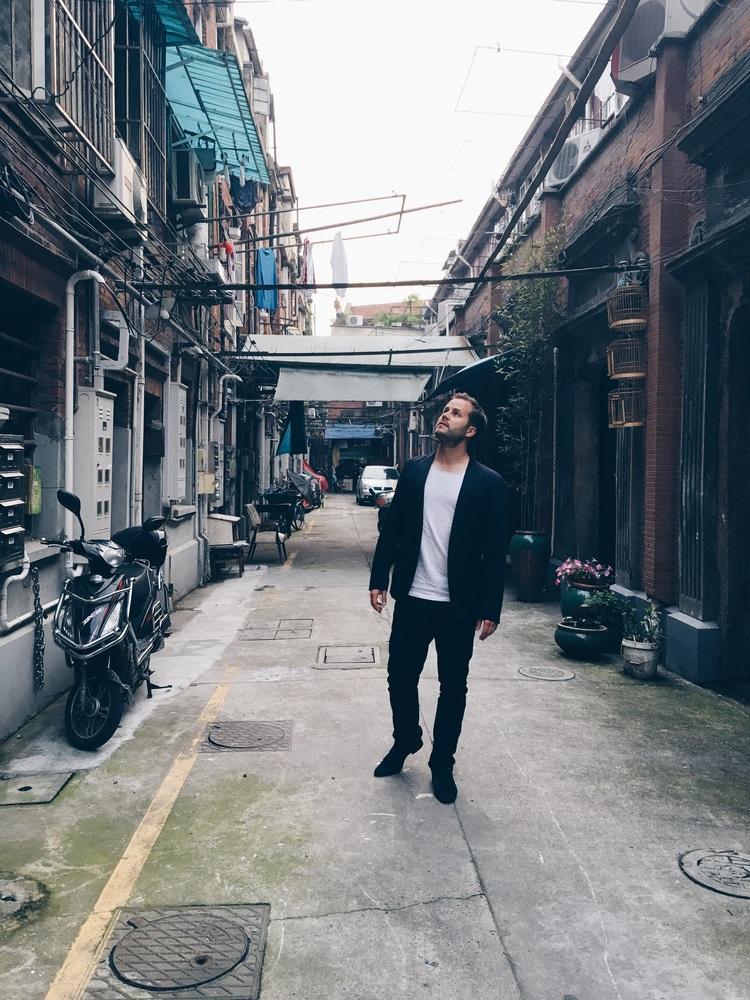 Despite its rapid modernization, there are still old parts to discover in Shanghai (like these side streets in the Old French Concession). 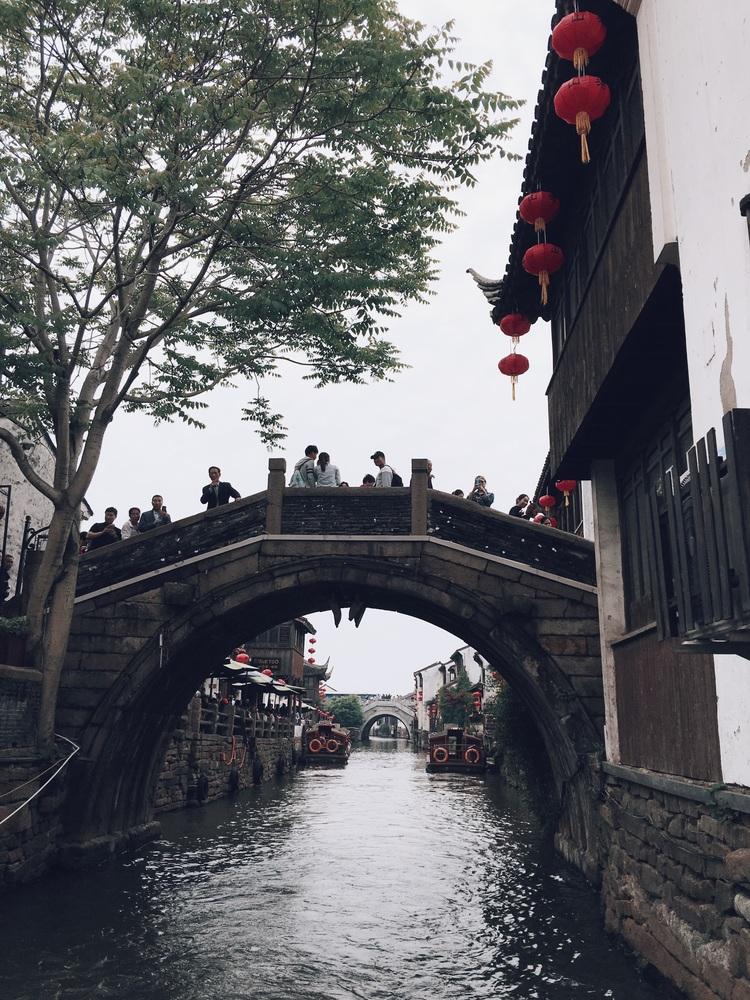 We took a bus from Shanghai to Suzhou, the ‘Venice of the East’. Boat tours take you through the narrow canals.